The city that gave birth to democracy, the sciences, and the fine arts is ready to reveal its secrets. Athens, the city of the Parthenon, the Acropolis and the Ancient Agora has a great deal to offer as far as it concerns our Western civilization and the development of its sciences including medicine.  At the same time it has evolved as  a modern, vibrant megalopolis full of energy day and night. It might be fair to say that this city has contributed to world history and culture time and again, making itself  a well known gem worldwide.

The Most Popular Cultural Attractions in Athens

1. The Parthenon: The most comprehensive architectural creation of Athenian democracy built during a golden age of prosperity for the city.

2.  Propylaea: A monumental gateway to the Acropolis built of white Pentelic marble.

3.  Erechtheion: A building complex from 420 BC, made of Pentelic marble, a unique example of the Ionic order.

4. Temple of Athena Nike: A masterpiece of the Classical era, built by Kallikrates in the Ionic order, with a four-column structure.

7. Museum of Cycladic Art: Superb exhibits from the ancient Aegean civilisations with an emphasis on the Cycladic period.

8. National Archaeological Museum: The largest in Greece and one of the most important in the world. 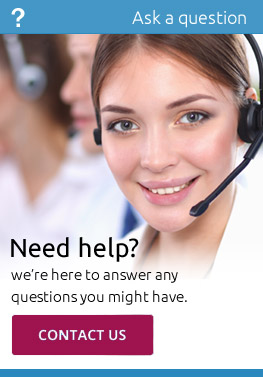 The Biggest Event of the Year is here.

What is JCI Accreditation? Each hospital and health care organization that applies for JCI accreditation takes about two ...

This site uses cookies and other tracking technologies to assist with navigation and your ability to provide feedback, analyse your use of our products and services, assist with our promotional and marketing efforts, and provide content from third parties. Click settings to choose the Cookies you want to enable.
Cookies Policy

When you visit any web site, it may store or retrieve information on your browser, mostly in the form of cookies. This information might be about you, your preferences or your device and is mostly used to make the site work as you expect it to. The information does not usually directly identify you, but it can give you a more personalised web experience.

Because we respect your right to privacy, you can choose not to allow some types of cookies. Click on the different category headings to find out more and change our default settings. However, blocking some types of cookies may impact your experience of the site and the services we are able to offer.

These cookies are necessary for the website to function and cannot be switched off in our systems. They are usually only set in response to actions made by you which amount to a request for services, such as setting your privacy preferences, logging in or filling in forms.

You can set your browser to block or alert you about these cookies, but some parts of the site will not then work. These cookies do not store any personally identifiable information.

These cookies allow us to count visits and traffic sources so we can measure and improve the performance of our site. They help us to know which pages are the most and least popular and see how visitors move around the site.

All information these cookies collect is aggregated and therefore anonymous. If you do not allow these cookies we will not know when you have visited our site, and will not be able to monitor its performance.

These cookies may be set through our site by our advertising partners. They may be used by those companies to build a profile of your interests and show you relevant adverts on other sites.

They do not store directly personal information, but are based on uniquely identifying your browser and internet device. If you do not allow these cookies, you will experience less targeted advertising.